What are you looking for?

Guess How Much I Love You Little Library 250 Kč 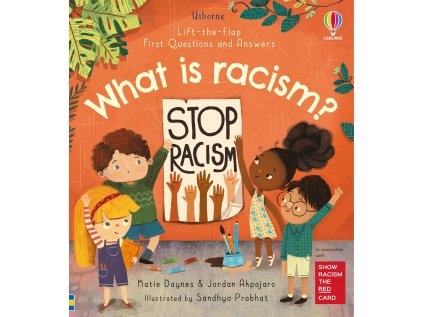 New
First Questions and Answers: What is racism?
281 Kč

Answering young children's questions about racism is hard. This book gives both children and adults the language and sensitivity they need to talk about the topic. It gently explains what racism is, how it happens, why it is NEVER acceptable and what each and every one of us can do to eradicate it. 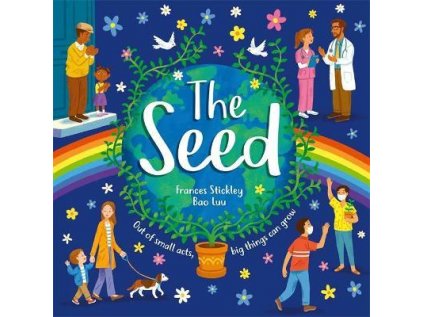 Amidst the Covid-19 pandemic, when people across the world stayed at home, we planted seeds of hope for better things to come. We filled our windows with rainbows, learnt our neighbours' names and watched as nature returned to our gardens and cities.And slowly, the seeds we planted grew into blossoming plants.This lyrical, rhyming picture book reflects on a time when, for many people, the world stood still. It celebrates the things we noticed as the world opened up its heart, and it looks to the future with hope. 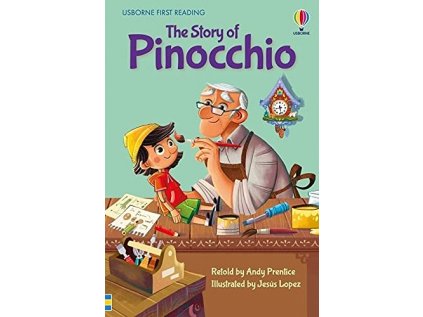 The Story of Pinocchio
181 Kč

Once up a time, there was a piece of wood...   So begins the famous tale by Carlo Collodi about Pinocchio, the carefree puppet, and his journey to becoming a real boy. This lively retelling has been written especially for children learning to read, with advice from an expert in teaching reading. 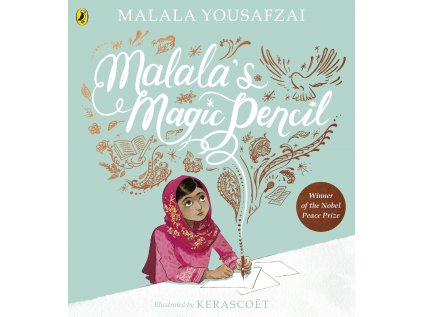 Based on her inspirational life, Malala Yousafzai's first picture book will inspire all young readers to find the magic around them. As a child in Pakistan, Malala made a wish for a magic pencil that she could use to redraw reality. She would use it to give gifts to her family, to erase the smell from the rubbish dump near her house, to sleep an extra hour in the morning. As she grew older, Malala wished for bigger and bigger things. She saw a world that needed fixing. And even if she never found a magic pencil, Malala realized that she could still work hard every day to make her wishes come true. This beautifully illustrated picture book tells Malala's story, in her own words, for a younger audience and shows them the worldview that allowed her to hold on to hope and to make her voice heard even in the most difficult of times. Shortlisted for the Little Rebels Children's Book Award 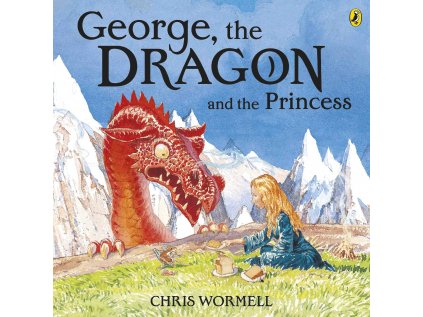 George, The Dragon And The Princess
199 Kč

A captivating follow-up to the much-loved classic picture book George and the Dragon. This is a fresh reissue of a charming children's tale. Far, far away over the high, high mountains in an old castle wall, in a tiny, tiny hole there lives a little mouse called George. He's very small and rather timid and he can be a bit clumsy too. In fact, poor George is so hopeless that he can't even make lunch without burning his cheese on toast! But when a huge and terrifying dragon attacks the castle, George springs into action! Because as fans of George and the Dragon know only too well, George has a very special talent . . . This is a stunning new edition of this charming children's tale, from the exceptional storyteller and illustrator, Chris Wormell. 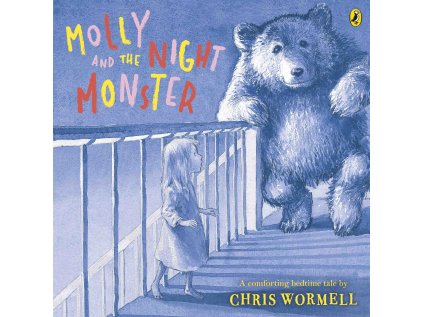 Molly And The Night Monster
199 Kč

A beautiful reissue of Chris Wormell's stunningly illustrated bedtime story, with a big, reassuring hug of an ending. When Molly wakes up in the middle of the night, she hears the sound of a step on the stairs. It could be a crocodile creeping up to catch her . . . Or a giant giraffe outside on the landing . . . Or an enormous elephant turning the doorknob and opening the door . . . Or even a night monster come to gobble her up . . . But when Molly surprises the tiptoeing beast, she gets an even bigger surprise of her own! This edition is a beautiful reissue of a children's modern classic. 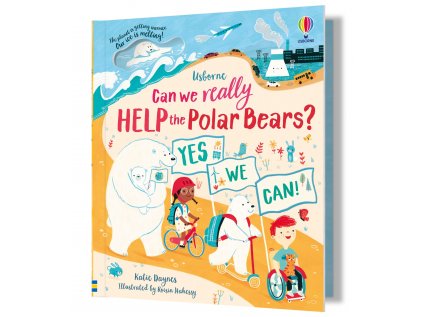 Can we really help the polar bears?
279 Kč

The Arctic ice is melting and the polar bears need our help. They come to Warmland to explain what's really going wrong. Luckily they find a group of lively, sparky kids who jump into action and draw up a BRILLIANT PLAN. 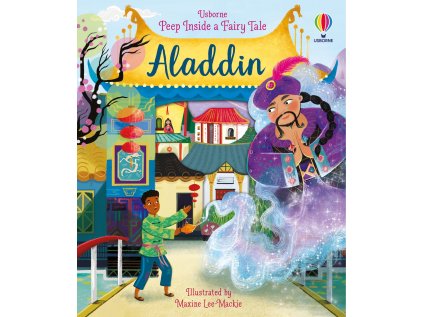 Enter the fairytale world of genies and magic in this delightful new addition to the Peep Inside a Fairy Tale series. Aladdin is a poor boy, but by trusting his instincts, and with a little luck, he achieves his heart's desire. Delicately cut holes in the pages entice the reader through Aladdin's adventure, with flaps revealing magical transformations. 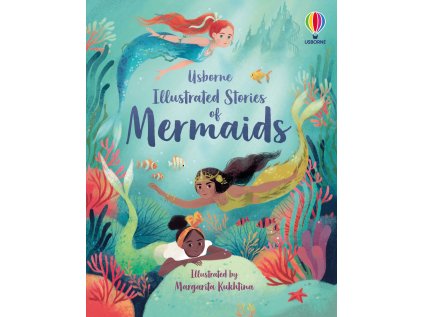 Discover the mysterious selkies of the Scottish seas and the haunting Philippine tale of the curse of Sirena. Meet the merman from China whose tears turn to pearls and Hans Christian Anderson's brave little mermaid, pursuing her dream. These nine stories, beautifully illustrated and full of wonder, will whisk you from the bottom of the Arabian sea to rivers, deep in the Trinidadian rainforest. 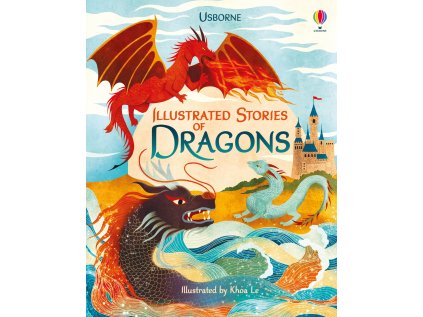 A fantastic selection of dragon stories from all over the world, gorgeously illustrated by Khoa Le, and starring a wide variety of dragons. Here you will find four dragons from China who save their country, alongside a dragon whose tears cause tulips to bloom, and a reluctant dragon who refuses to fight — even when St. George comes to town. 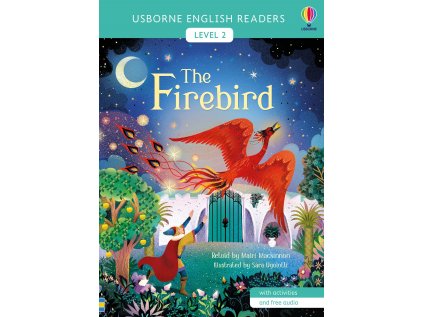 Who is stealing golden apples from the King's magical orchard? Prince Ivan sets out to find the thief; a journey on which he's helped by Silver Wolf to trace first the Firebird, then the winged Horse of Power, then the princess Marya, held captive by the wicked sorcerer Kaschey. With fun activities after the story, and online audio in both British English and American English. CEFR level: A2. 800 headwords, 2405 words. 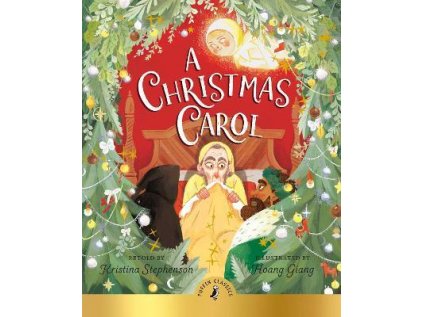 "Bah humbug! What do I care for Christmas?" sniped Scrooge.This is the snow-laden story of Scrooge, a mean miser, who is determined to think only of himself - and his money.That is, until he is visited by three Christmas spirits, and the true meaning of Christmas starts to work its magic on him, too . . .This classic and beloved story has been beautifully retold by Kristina Stephenson and atmospherically illustrated by Hoang Giang.